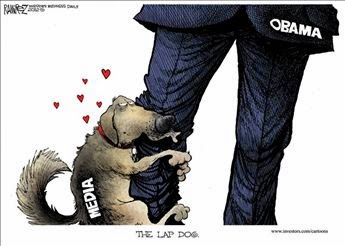 Washington, DC—Our mainstream media were all in lockstep behind Barack Obama as a new Messiah.  Scandal after scandal was laughed off beginning with the candidate and now President’s suspicious and questionable birth qualifications.  His alignment with a high-profile racist preacher along with long personal ties to known Communist terrorists, William Ayers and Bernardine Dohrn were simply guffawed.

The Obama Administration, BATFE gun running scandal was intentionally designed to create bloodshed that would be blamed on American Gun Rights.  This propaganda effort took the lives of at least two Border Patrol Agents and hundreds of Mexican Nationals.  The media blew it off as a bureaucratic bungling and a mistake.
The Whitehouse kept a Nixon style enemies list and the IRS was sent to punish any political opposition.  Again, the mainstream media did not find this newsworthy.  No tough questions or criticisms like the firestorm Nixon suffered.
The NSA Spy Scandal that was revealed by Edward Snowden is of unprecedented, criminal and epic proportions.  The mainstream media simply made a traitor out of the whistle-blower as they ignored a clear and obvious case of Treason by Obama.
Obama gave himself absolute power with the destruction of the Posse Comitatus Act while authorizing secret detention or even killings of Americans without Due Process of law.  In effect, Obama simply suspended the United States Constitution. This is exactly what Adolph Hitler did in Germany.  What did the mainstream media say?  Absolutely nothing!
Our military veterans were sold out.   VA physicians at great personal risk exposed the horrible cover up of deaths of patients seeking critical medical care.  The mainstream media burped and Obama had to respond with a symbolic forced resignation and finally a subdued reaction.
The Bizarre and Shocking Case of Treason, Obama and Bowe Bergdhal is Far Worse than imaginable.   The mainstream media seems to be a bit red-faced and blind-sided.  Will this be the beginning of the saddest chapter of American history?  When will we finally rid our Whitehouse of that traitor?

Great post. I will never understand why the media chooses to cover for this guy. You would think that young, aggressive reporters would have a field day uncovering all of Obama's questionable associates throughout the years and exposing his deep hatred of America and all she stands for. Instead, all they do is whitewash anything negative or fail to report his many lies and high crimes. He needs to be impeached and thrown out of office for violating the US Constitution. Make no mistake, the Communists are deeply embedded in our government at all levels, even the POTUS. They are actively trying to destroy this once great country and are doing a great job. The question is, will we wake up in time to save it.

No Paul, they will not rid us of him. They will instead replace him with a woman because "it would be cool to have a woman president" as I heard one of the nitwits that gave us Obama say.