The Unabomber Was Really Just a Visionary Trying to Save Mankind 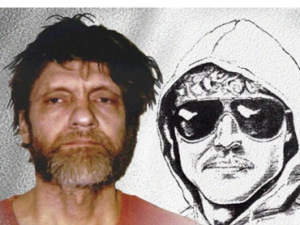 Lincoln, MT—In the 1990’s I was assigned to investigate the case of a man I would learn was Theodore John "Ted" Kaczynski, PhD by ABC News.
This adventure began for me when I visited an International Chiefs of Police Convention. In the exhibit hall I found a fascinating FBI display there of reconstructed intricate booby-trap style bombs.  They were identical to the ones used in the deadly Unibomber campaign that killed three and maimed an additional 23 people.  The FBI wanted to share the information with the thousands of local, state and federal law enforcement officers vising the convention.
All of the bombing victims were involved with universities and airlines and the FBI codenamed their investigation, "UNABOM" (UNiversity & Airline BOMber).
Kaczynski sent an extortionate letter to The New York Times on April 24, 1995 saying he’d end the bombings if the Times or the Washington Post published his manifesto, Industrial Society and Its Future (The media called this body of work,  "The Unabomber Manifesto").
Kaczynski contended that his bombings were necessary to showcase the rapid erosion of human freedom.   He saw the future where technology would facilitate an unimaginable surveillance police state where things like government remote control killings would become commonplace.
Kaczynski had the foresight to understand that our world was going to be a miserable place to live completely void of any privacy or control over our own lives.
Kaczynski was a gifted genius however that somewhat hampered the effective writing of his Manifesto.  It was an incredibly dry read and somewhat difficult for most people to understand.
It was on April 3, 1996 that the FBI made the announcement that they had caught the Unabomber.  I got the frantic call from ABC News producer John Siceloff who was desperate for information.  ABC News had scrambled a large crew to that remote town of Lincoln but they were still many hours away.  The telephone lines were overloaded and information was scarce.
I never saw the inside walls of Journalism schools except for seminars I attended at Columbia and Northwestern with the IRE, Investigative Reporters and Editors.  I quickly became an aficionado of CAR (computer assisted reporting).
I was doing a lot of freelance investigative producing primarily for Local Phoenix television news.  Often various networks needed help and I’d get and respond to their summons.
I knew how to handle this one with the very latest computer tools.  I used a reverse telephone database simply because I knew Lincoln was a small town and most of the inhabitants were witnessing the action as it was unfolding.  I would simply call every businesses until I got the information I needed.
At the top of the phone list was AAA Towing.  From my experience I knew that towing operators always know what the cops are doing.  They tow the cars of suspects and know the addresses involved.  I made the call and could hear their police scanner in the background.  That towing operator was a wealth of information for me.
I soon learned everyone in the town knew Kaczynski.  There was no car to tow because he used a bicycle.  He lived in a tiny shack and was somewhat unkempt and even smelly.  The towing operator told me that there were two women that knew him well.  One was the director of the Lincoln Chamber of Commerce and the other was the town librarian.
I immediately called Siceloff and gave him the names, addresses and telephone numbers of the two women.  That evening ABC World News Tonight broadcast exclusive interviews of the women leaving the competition in the dirt.
After this arrest the biggest question was related to Kaczynski’s sanity or lack of it.  Investigators and reporters did not really understand this strange character.  Kaczynski refused to consume or use modern technology devices and viewed them as cursed.  The man was generally dismissed as a nut case.  It’s obvious now that he felt the injuries and deaths from his bombs were a small price to pay to slow down writer George Orwell’s worst nightmare.
Today in view of the NSA scandal and how an American president has been given absolute power Kaczynski now seems perfectly sane.  He simply tried to warn an apathetic world that refused to listen.   Even with the bombing campaign still nobody listened.
Read Kaczynski’s dire warning below: