George Zimmerman’s Trial Off to a Disastrous Start 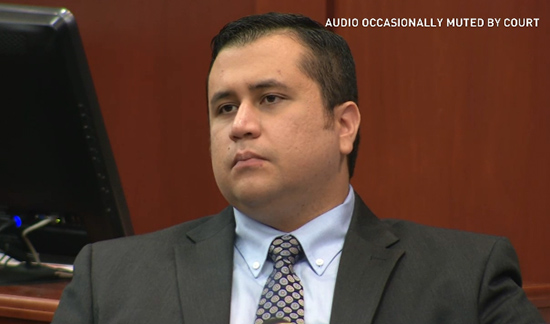 Seminole County, FL—Let me begin by saying I’m a court certified firearms expert, firearms trainer and a licensed private investigator that specializes in wrongfully prosecuted self-defense cases. I have 40 years experience as a cop and investigator.
The trial of George Zimmerman kicked off this morning with opening statements.  The prosecutor passionately painted Zimmerman as a predatory and profiling vigilante with murdering Travon Martin on his mind.  The message was simple, short and nasty.
The defense began with lawyer Don West telling a seemingly inappropriate Knock Knock joke.
It’s best described as an inside joke directed to the jury that had just withstood relentless and redundant questioning about what they may have heard about the case they were to decide. The joke however went over like a lead balloon.
As for the rest of West’s presentation it lacked any energy, effectiveness and was nothing short a miracle cure for insomnia. Worst of all when it was over the only thing memorable about it was the Knock Knock joke.
It seems obvious to me that the defense did not consult a solid firearms or self-defense expert. They seem resigned to trying to prove that Zimmerman acted in self-defense rather than showing that the state can’t prove he didn’t.
The burden of proof has already been wrongfully shifted to Zimmerman.
The prosecutor’s entire case is behind a poorly trained 911 operator making uninformed and blind judgments miles away from the scene. That witness testified and the defense should have pulled him apart like warm bread during cross-examination.
The theory that Zimmerman was a criminal predator is easily defused by the undeniable facts.  He was part of a block watch, he understood the criminal demographics of the neighborhood and he was in constant contact with the police throughout the disastrous encounter.
Had Zimmerman actually been the monster described by the prosecutor he’d have simply waited for an opportunity to shoot Martin in the back where nobody would have been able to see anything and simply leave.  We know that never happened.
Zimmerman was simply following a person that fit the profile of the neighborhood's burglars. That hooded stranger we now know to be Travon Martin took a shortcut avoiding the proper entrance of the gated community.  Zimmerman’s getting out of his vehicle to keep a closer eye on Martin was reasonable under the circumstances.
Martin was in much better physical condition than Zimmerman and used that disparity of force to violently confront his curious follower.
An assault ensued that nobody could see from a clear view.  We only have Zimmerman’s version of the beginning of the physical action.
The disparity of force was more than obvious and Zimmerman was beaten until he could employ the gun he carried, stopping the attack.
No other version of events makes sense.  Not only did Zimmerman have obvious injuries he also had plenty of grass stains on his back.
Zimmerman took on the responsibility of looking for trouble as a block watch volunteer.  He found it along with a lot more than he ever bargained for when he signed on for the program.
Zimmerman’s real mistake was his total cooperation with investigators.  The investigators seemed to be properly motivated and did not arrest Zimmerman.
It was the prosecutors that saw a political advantage in bringing a vicious prosecution here.  All of Zimmerman’s cooperation is being used against him now.
I have put together a video guide for people that find themselves in a situation where they must use justifiable deadly force.  Had Zimmerman seen this before that fateful night Zimmerman would have avoided all the infamy.  Sit back and watch the video.
Posted by Paul Huebl Crimefile News at 6/24/2013 11:04:00 PM

Excellent video. Hope I never need it. But just in case I do, Thank You!

George Zimmerman should have hired you.