George Zimmerman’s Lawyers Should Embrace Racial Profiling Rather Than Run From it. 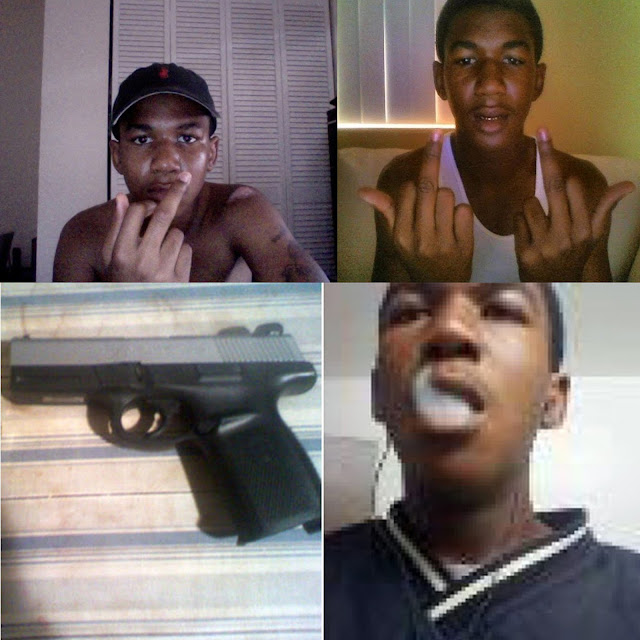 Seminole County, FL—Neighborhood Block Watch member George Zimmerman stands accused of murdering Trayvon Martin.
Local political types quickly drew the conclusion that Zimmerman gave special attention to Martin because of his race.  That phenomena is called, racial profiling.  I don’t think they were wrong about that.  But let’s discuss just what that really means.
Racial profiling in the Zimmerman case suggests that only racial bigotry was the spark that brought about Martin’s death.  Bigotry may be suspected but there’s not a shred of evidence that racial hate was any factor in this event.
The reality is for that area of Sanford violent, sex and property crimes are nearly all exclusively committed by young, African-American males.  Additionally with this demographic hiding their identity with hoodies is commonplace.
The elderly, White or female population members are simply not ever involved in these types of crimes.
Simple common sense and due diligence dictates that special attention must be paid to those within the area’s population that statistically fit the profile of law breakers.
Our political correctness and racial sensitivities have gone way over the top.  We have allowed the shrill voices of some members of our society to dictate that we disregard all reality and common sense.
When it comes to terrorism acts involving the world’s airlines the offenders are exclusively males between the ages of 18 and 35 and Muslim.  Yet we waste untold billions of dollars subjecting the vast majority of travelers that don’t fit the profile to the same scrutiny we give to the real culprits.  This is all in the name of political correctness.
George Zimmerman was not in anyway wrong for giving special attention to the activities of Travon Martin.  There is no law that bars civilians from making personal survival decisions based on any kind of profiling.
We have to judge Zimmerman only on proof of who committed the original assault.  Zimmerman was specifically given the task of watching over the community and that meant keeping a sharp eye on those most likely to do harm in the area of his assigned watch.
Trayvon Martin fit the profile of sex, age and yes, race of someone most likely to commit a crime during the hours of darkness.
Frankly Zimmerman would be considered downright crazy if he was following some White grandmother pushing strollers containing their grandchildren rather than Trayvon Martin.
Those political types that consider criminal profiling racist have only added to society’s problems. They have failed to in anyway address the causes behind the statistical reality of crime in our world.
Zimmerman’s attorneys need to use the profiling aspects of this sad case like a sword rather than a liability.

Honestly, this is how I see it. I was once a 17 year-old Black male(I'm in my 20s now). I was never involved in crime. I never got in trouble with the law(I am a college-educated man BTW). I would not someone judging me based on the criminal actions of someone else who happens to look like me. At the end of the day, I would end up suffering for someone else's stupidity. What would I personally have to gain from being racially profiled?

"Our political correctness and racial sensitivities have gone way over the top. We have allowed the shrill voices of some members of our society to dictate that we disregard all reality and common sense."

This is not about doing anything more than watching those most prone to commit crimes. We need to address the culture of crime rampant in some minority groups. Asians are a minority but generate only a tiny fraction of the crime as African-Americans.

But this is the thing. I know I'm not prone to crime. What do I personally get out of it? And I ask because for me, this is personal. I've been perceived as trouble. I can't do anything about hoodrats and criminals. I can only do something about ME.

We all have an important responsibility to be mentors and set a good example to others. We have all suffered because of group punishment at one time or another.

But this is the thing. I know I'm not prone to crime. What do I personally get out of it? And I ask because for me, this is personal. I've been perceived as trouble. I can't do anything about hoodrats and criminals. I can only do something about ME.

Here's what you personally get out of not supporting the accurate identification of those who perpetrate crimes:

2. In continuing to commit criminal acts, they perpetuate, accentuate and confirm the very 'stereotyping' which you, being similar in appearance to said criminals, as you've stated, seem to find to be an occasionally unpleasant experience being subjected to.

3. In not supporting the accurate identification of those most commonly committing criminal acts, you further encourage others who are prone to such behaviors to believe that they can 'get away with it'.

You certainly can 'do something' about 'hoodrats and criminals', as much something as any other citizen.

You can begin 'doing something' by not supporting the retarded position of not identifying, specifically and in great detail, those most commonly, and, thus, more likely, to be the perpetrators of the very crimes which you are not prone to commit.

While it may seem to be a conundrum, your being similar in appearance to those who commit crimes in the greater percentage, your behavior, the thoughtful choosing of the where, when and what of your chosen activities, will be of greater benefit to you, than opposing the practical, effective and efficient use, by law enforcement, of what they know to be factual.

As the sayings go: 'birds of a feather flock together' and 'if the shoe fits, wear it'.

If the shoe doesn't fit, don't wear it and, if you are not of a feather, don't flock with the jailbirds.

There is a huge difference from being simply a "17 year old black male" and being a 17 year old black male in a hoodie when its warm outside and being out looking into windows (given speculation) but just being any race. 17 year old out at that time of night in the summertime in a Goode sweatshirt, is cause for concern. Especially when said individual is crossing through people's backyards. Do you not gree with that statement?