Obama Was Neutered By His Media Cheerleaders 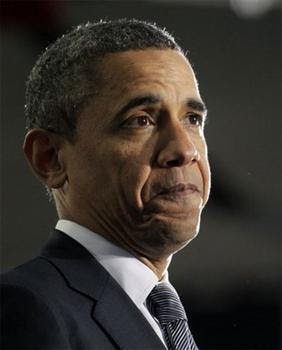 Denver, CO—For the last four years our Leftist, mainstream media treated Barack Obama like a rock star.
They went out of their way to avoid asking questions that challenged anything Obama said.
The media forgave Obama’s abuse of the teleprompter filled with words written by others.

I don’t think anyone can recall Obama getting anything but softball questions to answer.  The media took on a public relations role for the Obama Administration.
Obama would avoid press conferences like the plague without fear that any discouraging words would come from the press.
In short Obama lacked necessary experience to deal with the criticisms that would certainly see sunlight in a presidential debate.
All Obama could do was squirm, stutter, smirk, ramble and repeat words.  This was hardly the image anyone wants to see of a world leader.
It is the mainstream Liberal media that should accept the blame for Obama’s lame performance last night.   That and the fact that an empty suit; along with an army of unelected and un-vetted czars have been running this nation straight to Hell.

yes, obama has been allowed to get away with his pathological liar routine because he, and the U.S. Mainstream News Media, are on the same side. The Communist Party side. People have finally seen thru the slow, steady creeping towards communism here in the USA, and are not about to let that worldwide failure happen here. It is fueled here, by numerous minorities who want something for nothing, and the Democrat party who gives it to them in exchange for their votes. The Plot has now been exposed, and will be crushed out this november 6th, and from there on forward. Union Commie Goons tried to bully Wisconsin Governor Walker, and the Wisconsinites woke up and crushed those Commies out. Now it will happen Nationwide.

I agree 100%, but the black population will still vote for him anyway because they hate white people and they always side with on of their own over a better qualified white man.

Paul, I still believe that the Election will be bought for obama with illegal Muslim/Islamic money. dished out here illegally and with full knowledge of the Eric Holder Injustice Department. It is the Perfect Storm of Politics, and we are about to enter into the Eye of the Storm. America may very well be over, due to ultra-greed and corruption by our Elected Officials. Think about it. Who's there to stop them, Eric Holder? Our ball-less Repubs? Our Military ? Face it, we might just be Toast. Why is Holder even still in office? So he can overlook all this going on, with impunity from obama. The Borders will open allright, but the former US won't just flood with Illegal Hispanics. That will only be a drop in the bucket. The Invasion will be an overwealming swarm of MUSLIMs.
Please tell me I'm wrong Paul, but I'm scared as hell. We don't have ANYONE anymore here to stop this. Not even Civil War will stop this invasion. Color me Scared Shitless..
PRAY FOR AMERICA AND CHRISTIANITY