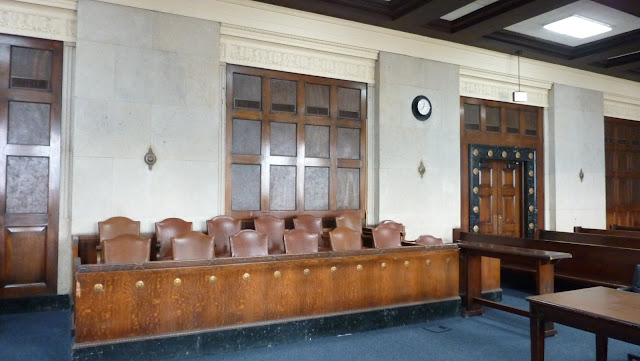 Murder cases may often be similar but no two are ever really alike.  Most murder defendants are found guilty.  Any person being put on trial stands an 80% chance of being convicted.
However some of the accused are actually innocent and getting their lives back is anything but easy.  The burden of proof is on the government but over-zealous cops and prosecutors too often lie and cheat to win guilty verdicts from unsuspecting jurors.  Framing someone is very easy to do for any competent homicide detective. Escaping a false conviction is always a life altering challenge.
If the case is not clear and the evidence is weak, that is where and when the prosecution chicanery goes into overdrive.  Cops hate getting sued and they know if a defendant gets convicted, any potential lawsuit would be dead.   That’s part of the motivation along with protecting their professional pride.  It’s ugly but a fact of life.
Murder cases are the ones that usually require the most work by defense lawyers and investigators.  Because of the incredibly high cost of a murder defense, public defenders get the bulk of these cases.
The public defenders can either be horrible or very good lawyers.  A defendant is usually stuck with what he gets for a lawyer and simply does not have the ability to recognize legal blunders.  The defendant has to deal from a position of pure faith.
Public defender investigators are generally worthless, unmotivated and poorly paid.   Most private investigators over-rate themselves and pad their resumes more than the girls did their bras at my high school prom.
Usually a good lawyer knows a reasonably decent PI.  Don’t let some plagiarized Internet website convince you to hire an investigator.  The bums see someone else’s attractive and professionally created website and simply copy and convert it to their own use.  Don’t be fooled.
You could have a great private lawyer but he could be handcuffed by budgetary problems that interfere with hiring needed experts and qualified investigators. Too many lawyers wait until they are desperate before they share their retainer with an investigator to track down needed evidence.
It may be best to pay your investigator separately to make sure he can do the work that needs to be done.
If you’re rich and can hire the best you usually stand a much better chance. If you're poor that invites the unthinkable.
If you barely have enough money to hire a private lawyer he really can't share any portion of his retainer with anyone else like an investigator or forensic and other expensive technical experts.
Chances are good your lawyer will not have what he needs to win because of the failure to find witnesses that can impeach or at least challenge those presented by the prosecutor.
Multiple lawyers on a murder case sounds really good but it can be a recipe for a disaster.  Lawyers fight among themselves like cats and dogs.  They wind up working against each other just to prove a point. Any more than two good lawyers is usually a horrible idea.
Investigators are used to do background investigations on witnesses including contacting their friends, co-workers and enemies.  A proper investigation will uncover perjury, witness tampering and evidence tampering.  Investigators need to go through and analyze garbage.  They need to interview anyone and everyone possible and have an envelope with blank subpoenas handy.
If the investigator is lucky to be in a state that allows one party consent to conversation recording he needs to abuse that all he can.  Likewise placing GPS transmitters on people and automobiles to track their movements can lead defense investigators to the criminal activity of the prosecution witnesses.
Let’s say the motive for the murder is theft it’s often a prosecution witness that may be a more viable suspect if an investigator can document his nefarious activity.  If the motive for murder is to cover a sex-offense perhaps a prosecution witness’ unusual sexual liaisons can take focus off of the accused defendant.
There are a million little tricks that can be used to find the truth outside of the courtroom.  By the time the trial begins if there’s nothing discovered about the state’s witnesses the defense lawyer will be at their mercy.  Of course if there’s either no investigation or a limited one the defense lawyer may surely be defeated.
If the lawyer tells you that you don’t need an investigator on a really serious case watch out.