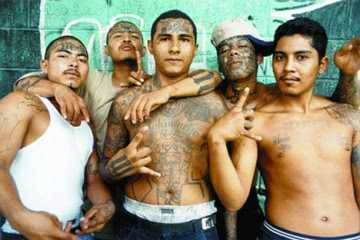 I guess our politicians are so far removed from the American people and their problems they continued efforts to push an economic disaster down our throats.

We’ve been invaded for decades by economic refugees, drugs and criminals from Mexico and poverty stricken countries beyond. These desperate people know full well that there are boundless entitlements and benefits in the USA. Bonuses await law-breaking aliens such as free medical care, education and millions of businesses willing to pay tax free cash for workers.

Mexico and the other Latin nations have been shamelessly exporting their crime, poverty and least desirable members of their population here for too many decades.

A cabal developed between Liberal politicians looking to expand their political base and some Conservatives who want to totally destroy organized labor. The Liberals seek the importation of impoverished and dependant people guaranteed to vote the liberal ticket.

The people damaged the most by this invasion are our own poor and minorities who have been forced to compete for the services that have become their birthright. There is no way that allowing millions of poor people to squat on our soil will somehow improve or economy. Our schools, hospitals and penal system are all in critical condition by the failure of our government to enforce our immigration laws.

Our deceitful politicians supporting the open border policy played with words suggesting that a “path to citizenship” for those who break our laws is somehow not amnesty. The supporters of the amnesty legislation refused to call it what it was, amnesty.

Hopefully the American voters can remember to oust those six-year term Senators for their betrayal of the very people that elected them.
Posted by Paul Huebl Crimefile News at 6/28/2007 10:06:00 AM

When Clinton was in office, he was called the "first black President." Well I coined this phrase, "George W. Bush has become our first Mexican President."

I'm not opposed to either race. But I am opposed to cowardly traitor presidents, that have succumbed to race baiters. And Bush has done worse, he has flat out sold our country to foreigners. From the borders to the NATO highway.

Too many republicans have always blamed the democrats. They have failed to 1st judge themselves.

As I've said before, selling our country and borders out to other countries, is much worse than lying about a blow job in the white house. Clinton was a liar, Bush is a traitor.

Your US Senators are in Washington DC today, and will vote on George Bushes liberal immigration (amnesty) bill. Please call your senator ASAP (today,) and ask them to vote "NO" on this Immigration bill. Let them know that if they support it, you will do everything possible to make sure their not re-reelected.

Your senators phone number can be found on the below link. Click on your State and their they are. Store the numbers in your cell, and call while your on the road. Don't give up. The phones are jammed and it may make a difference.

The illegal aliens need a "path" alright, straight back where they came from!

Our immigrations laws are not broken! Its the politicans and the dopes they apponit that refuse to enforce the laws that are in place.

Just think , The five pictured here all had mothers. Had they of known they would turn out like this, each and everyone would have killed them at birth. I think we should hunt these punks down and eliminate them from the gene pool.