The First Thing We Do, Let’s Kill All the Lawyers. 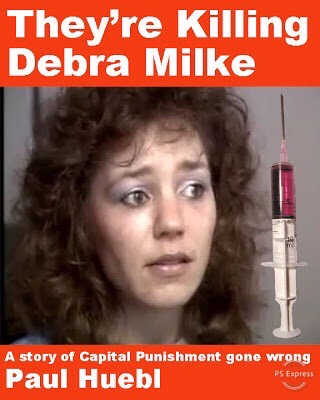 The First Thing We Do, Let’s Kill All the Lawyers.

Phoenix, AZ--William Shakespeare’s famous quote from Henry VI may have been intended as a joke when he scripted, Dick the Butcher’s famous line.  I must confess; however, today I feel a certain ring of understanding as to what that quote was about.

I’ve been told often that I must write a book.  I have had an amazing career as a cop, private investigator and a TV journalist who received, on the job journalism training. I’ve written a couple of screenplays that have gone nowhere.  Perhaps because I’ve written them to myself as an audience. This time it will be different, and there will be a book!

It all began in early December in 1989.  I was just conscripted to help the then CBS-TV affiliate (now FOX) in Phoenix, Arizona as a freelance investigative producer.  I was assigned to my first big story.

Two men and one women were arrested for killing that women’s four year-old son, Christopher Milke.  Producer, Jim Lemay called and asked me to go to the jail and interview the woman, Debra Milke who was the mother of the dead child.  I used a hidden tape recorder and interviewed her in the intake section of the Madison Street jail known as the Horseshoe.

Milke was shocked and angered when I asked her, if she told the police that she was involved in the death of her son.  Milke’s denial was strong and emotional as she stared into my eyes.  There was a complete absence of any ambiguity.

I learned some four days later that the lead homicide detective, Armando Saldate claimed in a report that Milke had confessed to him just hours before I interviewed her.  Milke had no conversations with anybody but cops until my interview.  That report had a foul odor to it and I believed that Saldate  pulled that confession, right out of his ass.

Because of a 25 year odyssey of horrific legal malpractice, Debra Milke wound up on death row in solitary confinement waiting for her turn to die in the gas chamber.

The Court appointed a lawyer, Kenneth Ray who had only limited DUI experience to defend this woman in this high profile capital case. He had the assistance of a private investigator with limited experience because he came from the ranks of the Drug Enforcement Administration. They just don't do homicides.

Ray admittedly blundered his way through the trial.  He had a tough job ahead but none of the tools that he needed.  It was a recipe for disaster and injustice.

Detective Saldate did a great job of poisoning the media along with Milke’s father, mother and sister against her with a narrative he knew were filled with lies.  Milke was suddenly estranged from her mother for the next 10 years.

Rosenquist was put on notice by me about some serious phony evidence submitted to the jury by the prosecutor.   This when I was asked to produce a follow up news story that was reported this time by, Mike Watkiss with KTVK-TV.  I learned that information from a juror that told me they were split 50/50 for acquittal until they found the phony evidence in the pile they were to examine. Suddenly the vote was unanimous, guilty on all charges.

Rosenquist dropped the ball big time by failing to do adequate legal research.  Not to worry because Rosenquist was dumped and replaced by the esteemed criminal lawyer, Michael Kimerer.

What could possibly go wrong now?  Kimerer went forward and litigated Mikle’s appeal for another13 years.  finally at the stage of a habeas hearing before Judge Robert C Broomfield in federal court I was subpoenaed to testify.  I was specifically asked about my conversations with Milke in regards to the TV news stories that I did.  I was not asked however about the phony evidence slipped into the jury room.

I had to go to Chicago to work with a fabulous lawyer, Jed Stone.  While working on that case I asked stone about this evidence and the way it was handled or, not handled. Stone told me he had a similar case once and won a new trial for his client.  Soon Stone handed me several appellate court and Supreme Court cases that indicated clearly that Rosenquist and Kimerer failed to do the simple legal research and were dead wrong.

I immediately forwarded those published opinions to Kimerer who sternly told me to butt out and get lost.  He never once raised the phony evidence issue in any legal pleadings.  This was not some shoplifting case but about a woman whose very life was hanging in the balance.

Kimerer got very lucky because the 9th Circuit Court of Appeals had just ordered a new trial for Debra Milky because of prosecutorial misconduct.  The evidence chicanery had suddenly become moot.

Debra Milke was finally both cleared and freed.  Next on the agenda would be a lawsuit seeking millions of dollars for the Mother of all Nightmares Milke had been put through.

Because of spite, Kimerer made sure that I would not be involved in any authorized book publishing of Milke’s story.

Kimerer had given the story rights to a journalist that I knew well who always believed that Debra milke was guilty.  That was ,Jana Bommersbach who had very limited knowledge of the case.

On the other hand I had lived this case for 25 years, read every court pleadings personally spoke with every witness and didn't have to do any researching through any lawyer's files.  Unbelievably, Kimerer opened up every file on Milke to Bommersbach.  She dutifully did her job and wrote the book that was translated to German and published first in Germany.

However there was just one little problem. Kimmer suddenly waived Milke’s right to her attorney client privilege.  And now the attorneys representing all of the defendants involved in this malicious and wrongful prosecution could and did demand every piece of paper in this lawyers file.

Apparently according to court documents, Debra Milke began to destroy some of those documents primarily private love letters between herself and various men.

As a result, Milke’s civil case was dismissed with prejudice from the federal court.  Debra will be collecting nothing and the government thugs she had sued will get away with everything.

There is so much more to this story but at least through a book I can to a point hold a few shitty lawyers accountable.