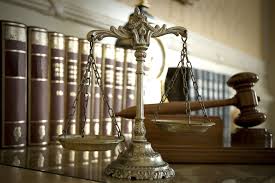 Phoenix, AZ—Most of my blog visitors know I’m a longtime criminal defense investigator and have worked on many high profile cases helping the wrongfully accused.

The defense and prosecution is supposed to have parity and equal treatment in the courts but it’s all just pretend.  There is a huge laundry list of issues that work against the accused before their trial even begins.
One thing that troubles me is seeing the same prosecutors in large jurisdictions working every day before the same judges.  They literally sometimes even sleep together. When a criminal defense attorney comes to their court he or she is an outsider and often treated that way.

The police have enormous powers to gather evidence such as the Grand Jury subpoena.  They can arrest those who obstruct investigations, tamper with witnesses and can most importantly obtain search warrants.

Defense investigators should just like cops be able to surreptitiously record conversations with suspects, cops and witnesses.

Defense investigators need similar powers.  Search warrants enable nearly, always instant cooperation for records, documents and physical evidence.  For defense investigators important evidence they learn about is often destroyed or concealed before it can be seized denying fair trials for those accused of crimes.

Defense investigators are often at odds with police and cannot rely on their assistance. In some cases police attempt to meddle in the defense investigation and that corrupts witnesses and the evidence itself.  Unfortunately sometimes police officers engage in criminal activity in order to convict the innocent. That goes double when it’s a police officer wrongfully accused of a crime!

Let me suggest that defense investigators trained and licensed should be given limited police powers to arrest criminal suspects and seize evidence. The courts should provide evidence lockers and laboratory testing away from police crime labs to avoid conflict of interest.

Just my opinion and thoughts.  The benefit is that this simple reform another step to fairness in our deeply flawed criminal justice system. In the end it will save millions in cash and a few lives.

Do away with the district attorney system and replace it with an Attorney General. All attorneys would be subject to his authority. Prosecution would be done in a round robin system, and an attorney would be required to defend as many as he prosecuted. That would eliminate the cozy relationship with the judge. Step two, change the way investigations are conducted. Each law office would have their own investigators who would be the lead as soon as the initial report was compiled and before a suspect was named unless the suspect was arrested in the immediate moments after the crime. That way the accused and the prosecution would have the same quality of investigative staff and hopefully all investigators would have a vested interest in truth.