Your “Toy” Camera Drone Can Save Lives, Really! 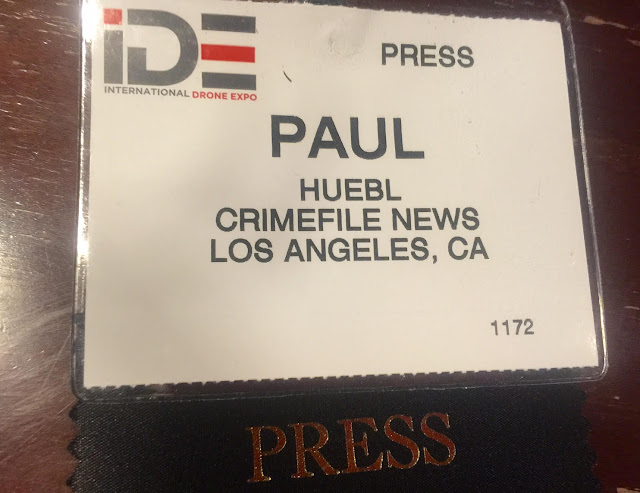 Los Angeles, CA—The word of the day is FLIR!  I knew this was in development but now it’s actually here!  FLIR became a major public safety and search & rescue tool more than two decades ago.  Now even civilian camera drones are in the FLIR mix!

Flir has primarily been delegated to expensive cameras carried on board conventional aircraft for military, police, fire and every public safety application.
Recently the popular drone maker DJI and Flir teamed up to offer these now affordable lifesaving cameras.  They can now operate from the popular DJI Inspire1 and Matrice 100 drone platforms.  That means anyone with these drones can save or at least protect lives.
Flir is simply an optical device that captures imagery of heat signatures or thermal patterns.  At 98.6 degrees Fahrenheit our bodies are normally warmer than the ambient air temperature.  At night the outside air is almost always colder than the bodies of humans or warm-blooded animals.
A human walking in total darkness in a desert or wooded are stands out as a bright shadow and easily spotted from either the ground or air.  In many ways the FLIR is superior to conventional night vision devices and is essential when looking for lost people, trespassing criminals, lost pets and other such suspects.
You can also spot recently parked motor vehicles by their heat signatures too.
For firefighting efforts hotspots can easily be pinpointed directing the efforts to extinguish fires faster and more safely.  More importantly firemen can know in advance if and when they need to evacuate rooftops avoiding potential agonizing deaths or injuries.
This is truly a game and public perception changer on the value of the popular camera drones.   At a minimum people will be locating lost pets, children or wild animals roaming in their surroundings.  Until now you’d have to wait for first responders to evaluate the need, and then for them to travel to the search areas.
In our world we have earthquakes, floods, tornados and wildfires. Drones can operate safely in tighter areas where helicopters cannot enter.  Civilian FLIR equipped drones particularly in remote areas can be worth more than gold.
At the 2015 International Drone Expo I interviewed FLIR VUE specialist David Lee about the new camera.