What's The Future of Your Video News Delivery? 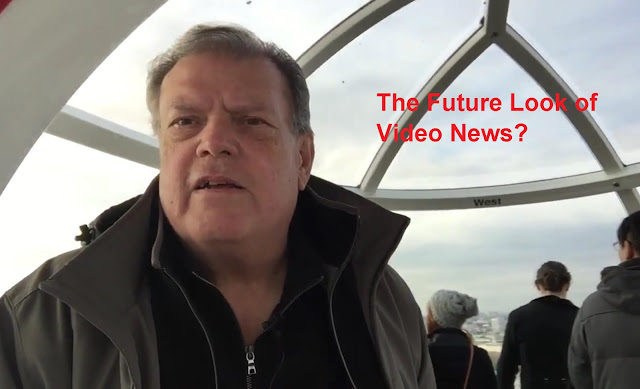 London, UK--Since the inception of TV news other than a switch to color, the use and abuse of the green screen technology and live on scene live broadcasting not much has changed over five decades.

Suddenly we have the Internet, cheap quality video cameras and big changes are rocking the world of video news delivery.

Television news management miscreants often took great delight in making their talent that left or were jettisoned just disappear. No goodbyes, no thank you, just nothing.

That left viewers to wonder where about the fate of those once familiar faces. Now thanks to Facebook and Twitter that vile practice has ended for good.  That along those bogus non-compete contracts preventing reporter from moving to nearby stations are gone.

However sadly the shrinking TV news audience has cost countless jobs and made reporters in too many markets eligible for food stamps. Making a living as a television journalist seems more challenging than ever.

The speed and quantity of news delivery today is unprecedented however the quality has faltered.  The explosion of quality video devices has at least provided a somewhat unfiltered and often unflattering view of our world.

Even the best video is lacking watchability without creative editing and clever, well written voice overs.
Will the population ever learn the proper and incredibly easy way to shoot, edit and publish acceptable news stories with their cell phones? Most will not but many are learning the art well.

Unlike days in the past we no longer have to wait for news crews gather their equipment, travel to, set up and begin to cover breaking news events.  Anyone already there with a smartphone, the ability and the desire can begin on the spot reporting.  Getting content video broadcast live on platforms such as Youtube, Ustream, Livestream and Periscope is a snap. Alerting your potential viewers on Twitter and Facebook is a must.

The only seemingly slow issue to get resolved is funneling the revenue for the content to the creator's pockets. Additionally those that publish their exciting content must also learn about promotion.

Anyone with a modern smart phone has the most important tool to report news.  After that comes photography skill, storytelling ability and effective use of editing software such as iMovie or Final Cut Pro X.

Here is a one take video story I recently created in London about that giant Ferris Wheel called, The London Eye. Although not perfect, I simply wanted my viewers to get a sense of my experience visiting this iconic tourist attraction.

This was all shot, edited and uploaded to YouTube on my iPhone 6 Plus.  Additionally, I used a Rode lavalier microphone and a selfie stick.

Happy New Year 2016 to Paul from a Londoner, and a Los
Angelian.

Keep up the good work and be safe and be well!