The Media Reporting About the Islamic Inspired Massacre at San Bernardino, CA was Beyond Pathetic. 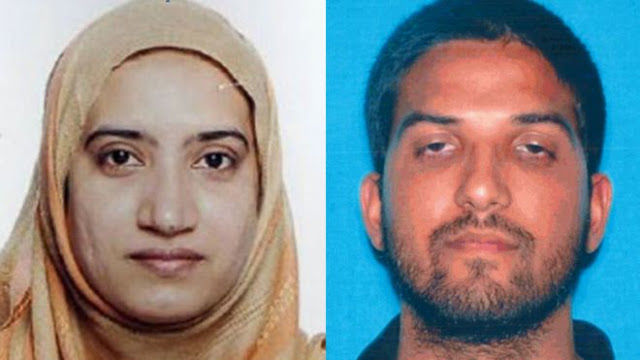 I agree with practically every word of that, Paul.

The Press--the main stream types--are participants in an institutionalization of High Treason, even as narrowly defined as it is in the U.S. Constitution. The Press have been turned into mockingbirds, mere repeaters of official narratives that come from the Oval Office and its various branches. That office today has given itself to directly aiding AND giving comfort not only to those who militate against Constitutional principles and restrictions (to which many of these are sworn by Oath of Office), but even to those who make war on the U.S. (invasion by mass exodus hiding combatants among ostensible non-combatants and then subterfuge from within is an old Moslem trick--see Spain, ca. 700 AD).

What's both impressive and terrifying about it is that it's a worldwide phenomenon. The Press and many dupes aid in the subterfuge of hiding the mad Pied Piper who looms behind the invasion, behind all the co-opting and centralization of the Press and of educational philosophy, of money and banking and the economy (largely accomplished during the Wilson Administration), and now of the entire "police power" (by definition the coercive/security powers of any government, including law making and law enforcement)--all co-opted to corrupt, anti-American and contra-constitutional federal edicts and rules; the takeover is nearly complete.

People and Press comply if not because they've been duped, then because there's a license or credential or pass that can be pulled at the slightest provocation, and tax and regulatory authorities that are used terroristically. Moreover, people have allowed themselves to become so over-specialized that they can't discern the lies they're told and they are fundamentally incompetent judges of reality. Most are duped into self-defeating beliefs and behaviors.

Where those don't work, TPTB don't seem to have a problem with assassinations high and low--sometimes highly visible--a "mugging" or a SWAT raid or a sniper attack--and sometimes by an (perhaps obviously, perhaps not) induced heart attack or automotive crash. Very Mafia-like; where do people think the Mafia learned this?

The proper and effective response is to withdraw support. To wake up, widen our understanding of the machinations, the full spectrum intellectual and moral attack that has been in process since at least 1913; to awaken others; and to defeat the crooked efforts by sheer weight of peaceful noncompliance.


Familiar? Our black population discovered that long ago, but they too have been sucked into the divide and conquer game that goes on. Meantime, we need to get verbally and electorally muscular with government officials about the diaspora that the powers that be, through manipulation and radicalization of the Sharia narcissism of Islam, and put a stop to Obama's plan to bring the diaspora onshore, militants and all. We see its effects in Europe; shall we not learn from that observation?

I heard a good name for todays media..........Assault Media. Everything is assault weapons and now the LA Slimes has coined assault clothing. So lets have an assault media as they assault our ears with their bs