The FAA Can’t Perpetuate Drone Hysteria Without Evidence of a Single Notable Accident! 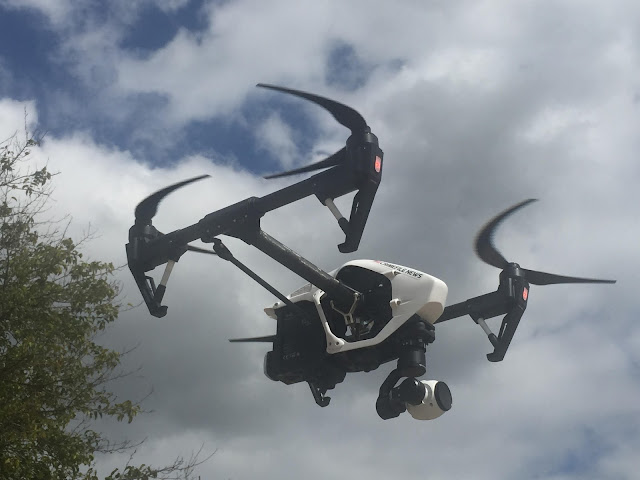 Town of Paradise Valley, AZ—Some of this small but wealthy community’s politicians bought into the baseless idea that multi-rotor camera drones were a threat to safety and privacy.
Ignorance and the novelty of the drones themselves motivated politicians here to make an effort to ban drones. They thought that their residents would somehow appreciate their efforts.
Things backfired when local relators complained that the use of drones showcased the homes and community like never before.  Banning or over-regulating them could damage property values and of course property tax collections.
The Town Council considered the ban but cooler heads in that body tabled the idea at least until they had more valid guidance and information.  How they revisit this issue remains to be seen.
As for the somewhat popular Drone Invasion, there were no less than 700 reports of near misses with conventional aircraft investigated by the FAA.
Not a single collision, photo, or video has surfaced in those reports.  Were these bogus reports by people seeking attention?  Were they reports by some pilots seeking to protect their jobs by slowing down the proliferation of drones that will take their jobs?
I can’t guess what was real or fraudulent in the much-publicized world of drones and their detractors.  What we do know is their are zero fatalities, serious injuries or significant property damage.  Certainly there’s not a singe collision with other aircraft.
There are well over two million of these marvelous machines in the hands of teens and adults that are gathering spectacular images for creative endeavors, journalism and marketing.
The privacy invasion and safety fears have not been realized in any way, shape or form beyond unsubstantiated reports that have been given far too much ink.
I fully expect as the bogus reports begin to die down the FAA will take credit for their educational efforts for the decline in those rogue sightings.
The fact is there must come a point in time when the hysteria must die without some tangible evidence.
It’s interesting to note that all FAA regulations for conventional aircraft were actually written in blood!  Yes, actual deaths and serious crashes were behind each and every rule.
When it came to the drones the FAA radically changed direction to enacting prior restraint guidelines and criminalized private enterprise.  This was un-American and violates the civil rights of those wishing to operate their drones.
Despite the threats of enforcement and state and local efforts to police our drones, what’s lacking is a legitimate demonstration of any misbehavior by drone operators.
The few attempts at prosecution have fallen flat from a lack of evidence.  The videos and telemetry data contained on the drones themselves have vindicated the operators.
It’s time to move forward with this exciting new technology.