Obama and His Media Lapdogs Trolling Against Our Hard Won Liberty and Freedom and Very Lives, Yet Again. 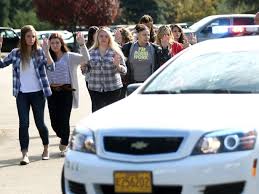 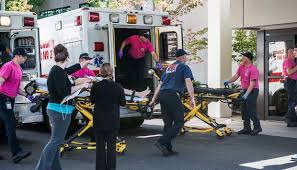 Roseburg, OR—We now know that Christopher Harper-Mercer was a lone wolf, copycat,  wannabe,  Islamic terrorist that targeted Christians for murder.
Harper-Mercer found his hapless and defenseless victims to execute here at Umpqua Community College.  They were supposed to somehow be protected by a single unarmed and equally helpless security guard.
With security like that, what could possibly go wrong?  That was considered a wise decision made by overpaid, politically left leaning bureaucrats.  They gambled with the lives of these students and lost.  Unfortunately these bastards will escape punishment for facilitating and enabling the terrorism.
Islam is in a constant state of war with infidels and the nations they are invading unimpeded while claiming refugee status.  We must take every precaution to resist terrorist incidents and train to stop incidents like what happened here.
While we are under attack by lone wolves and are under protected by our law enforcement agencies Barack Obama wants to disarm America’s law-abiding citizens. A fat-fetched conspiracy theory you might suggest?
Obama never saw a gun ban he didn’t support and vote for in his political life.  His claims that he wants only minimal changes are disingenuous and phony.
Gun laws like all laws only impact the law abiding.  More restrictive gun laws have been found to actually enable violence as every large American city run by Democrats lave learned.
Americans are currently under siege by crime and a massive amount of Islamic and assorted illegal immigrants.  Asking Americans to disarm is like telling us to stop using seat-belts and to throw away our smoke alarms and fire extinguishers.
We need armed police or security at every school in America supplemented by trained and armed civilians.  Without the right tools we are helpless and always ripe for mass murder.
Obama knowingly lied to the American public about so-called Gun Violence statistics.  They include thousands of justifiable shootings by police and intended crime victims.  They include suicides and accidents including those in our military and police organizations.
The crimes are solid evidence that Americans must be responsible for the protection of themselves and families.
Obama's Lapdog media let him ramble on unchallenged for two days relentlessly parroting his lies and misinformation at every opportunity.
We must at all cost resist those Leftist politicians that will enable and facilitate violent criminals and terrorists by infringing on our right to keep and carry arms.  Our lives absolutely depend on our ability to defend ourselves!

Over 20 years a cop, I have often seen a crime scene with an unarmed, innocent victim and asked, "Why not give them a chance to survive?" The predators choose victims apparently weaker than themselves. A slim young woman or a limping elderly man who is unarmed stands no chance against strong, vigorous, and often numerous violent criminals.

damn straight. I'm always armed. I took an oath to defend our country against all enemies both foreign and domestic; and I still adhere to my oath. WE are not SHEEP!!!!!!