Maniac With A Knife Stopped By Unidentified Good Guy With A Gun In A Walgreens Drug Store! 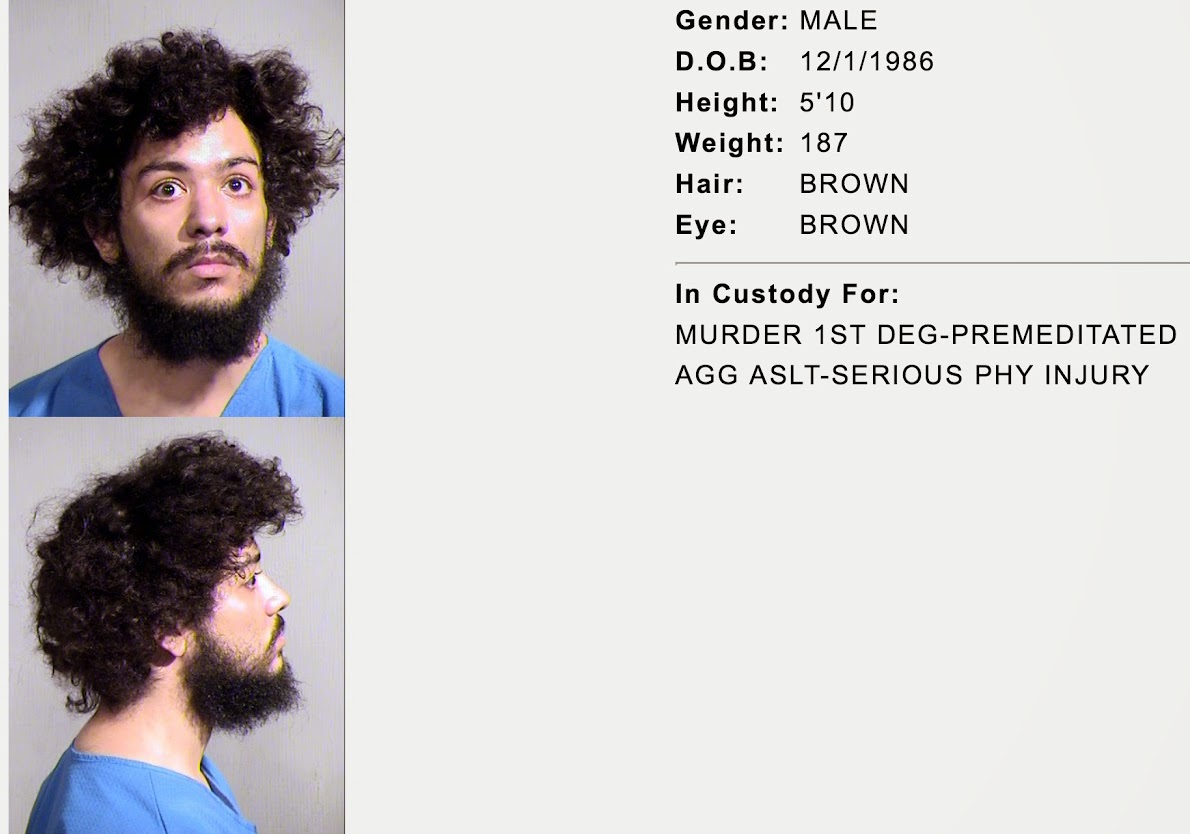 Phoenix, AZ—Last week Christopher Scott Gale approached a woman shopping at the Central Ave and Osborn Road Walgreens from behind.  Without provocation or a known motive he used a kitchen knife with an 8” blade to stab the woman at the base of her skull.
The woman screamed and an off duty but armed federal officer in a checkout line quickly intervened.   The offender was standing over the wounded woman when the G-Man ordered the man to drop his knife and lie face down on the ground.  Responding Phoenix Police took the offender into custody.
Gale told police that he purchased the knife at the WalMart located in the Christown Spectrum Mall because he wanted to,c “stab and kill someone.”
Police reported in court documents that after stabbing the woman, Gale was face to face with her while the knife was protruding from her neck.  Allegedly Gale told her, “I’m killing you to save the world.”
Rather than book Gale immediately in jail police removed him to the Desert Vista Behavioral Health Center in Mesa where he was arrested yesterday.
Gale now faces charges of Attempted 1st Degree Murder and Aggravated Assault.  His bail was set at $1 million.
According to the court documents police located video of Gayle purchasing the knife at the WalMart earlier.
We all know how much worse this would have been is there was nobody present armed with a gun to stop this monstrous act.
Gale returns to court on October 2, 2014.

On Paul, why even bother making the point that armed civilians save lives? We all know it. They’re not trying to take our guns away to enhance public safety. They’re trying to take them so that it’s easier to turn us into collectivist slaves.