The Major Paradox Of The Bankrupt African-American Culture of Violence 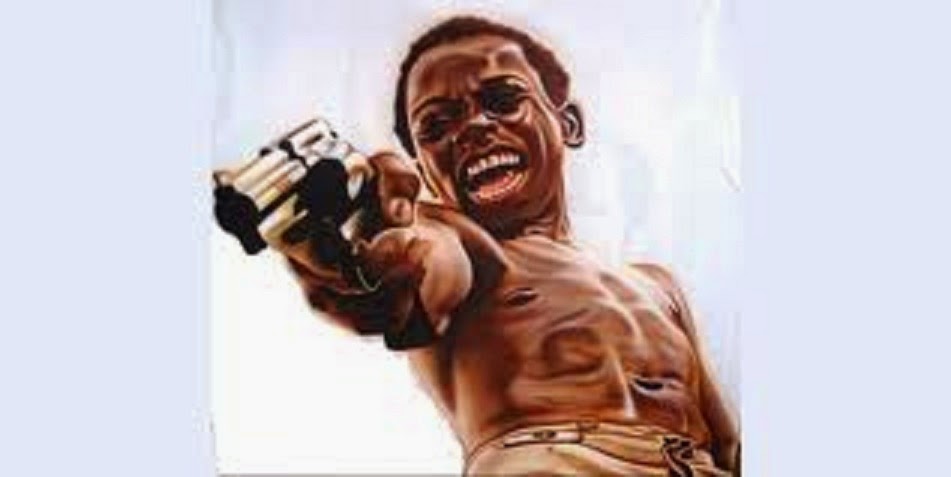 Whether you’re in Ferguson, MO, Chicago, IL or Sanford, FL The Bankrupt African-American culture of Violence lacks any signs of simple humanity.
Last year it was Travon Martin, this year it’s Michael Brown, two local thugs that were elevated to the sainthood of civil rights heroes by a bunch disingenuous phonies.
They were both shot and killed by non-African-Americans.  One was Hispanic and the other White.
White people will never get the benefit of the doubt should they kill a Black in self-defense.
When Martin and Brown were killed the African-American race baiters did not wait for the bodies to cool before they duped the willing media into turning these justifiable homicides into senseless Hate Crimes.
In fairness Martin and Brown were unarmed but both thugs were stronger than their killers.  Both thugs assaulted their victims before they were killed.
Self-defense laws allow the use of deadly force when there is reasonable fear of death or great bodily harm such as a broken bone or permanent disfigurement.
Professional race baiters such as Al Sharpton and Jesse Jackson always swing into action with their incendiary allegations and hate.  The media knows their ratings will skyrocket when they showcase these stories and sensationalize them accordingly.
And now for the paradox!  Many of our major cities have higher shooting and killing rates than many foreign war zones.
It’s no secret that today in America Blacks murder Whites more often that when Whites murder Blacks.  When the victims are White the media doesn’t seem to care no matter how vicious or exceptionally cruel the crimes may be.
Chicago’s summers are never without obscene body counts at the Cook County Morgue.  The victims are nearly all Black as are their killers.  Incredibly too often the victims are tender aged and innocent children.
When Blacks murder innocent little Black children, there is hardly a press mention.  If there is media coverage, it’s only about sadness.  You never hear any demands for justice.  The troublemaking race baiters are nowhere to be seen.  The Obama Whitehouse and Justice Department simply does not care and no investigations are commenced.
There are never any civil disturbances, riots or looting when some Black thug murders an innocent Black child.
Martin and Brown’s names will be remembered as civil rights heroes but the innocent little Black murdered children are forgotten even before they’re buried.
Any culture that venerates thugs over their own innocent tender-aged children is beyond bankrupt.  It’s downright appalling and sub-human.

The key to this conundrum can be found in the correlation between crime & single parent families. The government pays women to have children who are all too often left to their own devices.

Progressives may wring their hands but the welfare/prison complex is a device of their making. They profit from it.

Growing up in an integrated community in the 60's I had many black friends. Unlike today, all but one of my friends had a dad at home. The one who didn't lost his father to an industrial accident.

The civil rights movement that finally gave blacks a decent chance was usurped by the "war on poverty" that encouraged the destruction of the family. I'm sure it wasn't by design, but it was sure the result.

Until the silent majority of decent black people stand tall the carnage will continue.

Police use race to cover up abuse against women

Without overt racism and white guilt, there would be no payday for Al and Jesse and the politicians they work for.