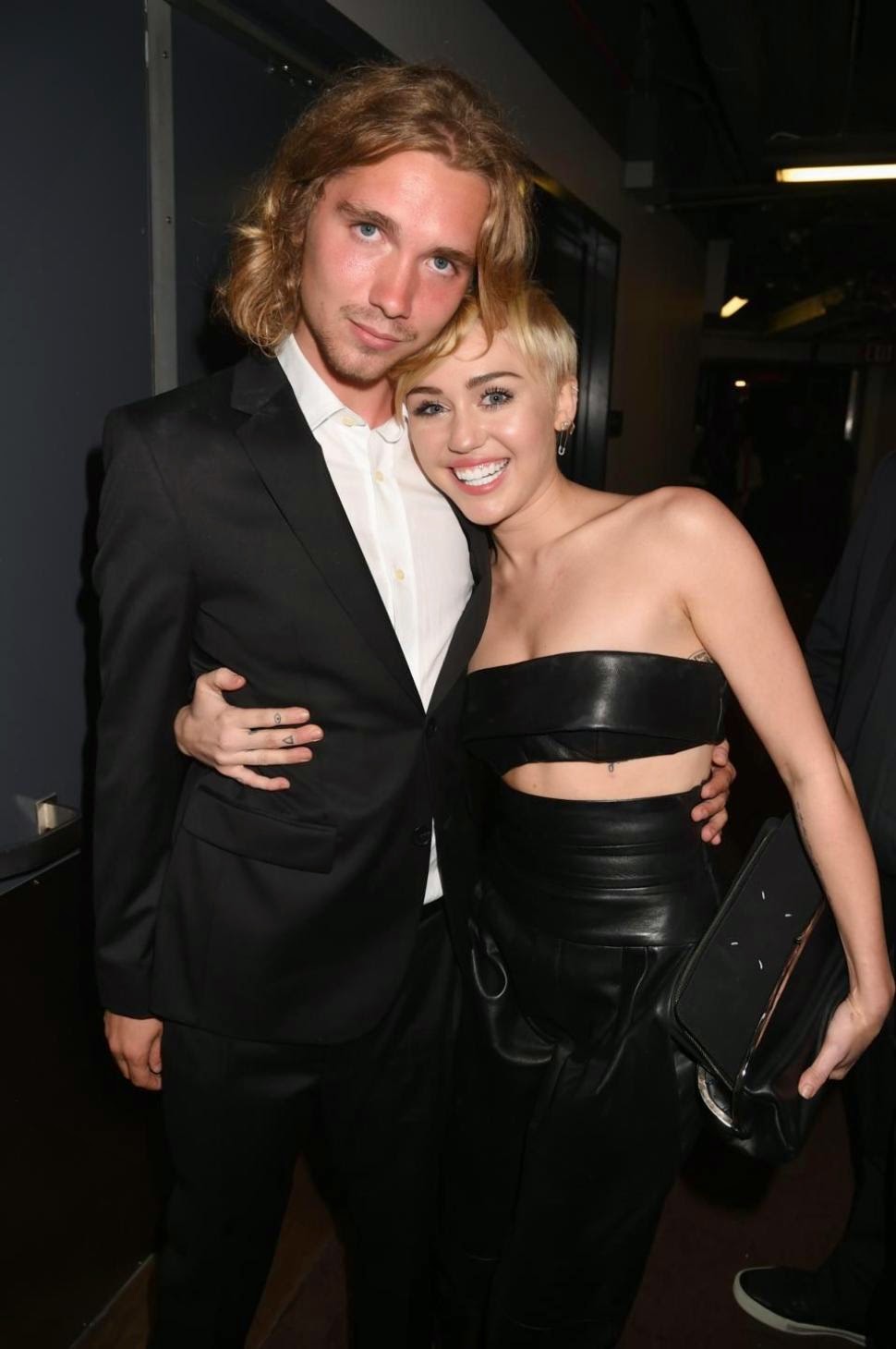 Los Angeles, CA—At the 2014 MTV VMA Award Show Miley Cyrus showed that she has a special side.
Miley brought a somewhat troubled 22 year-old homeless fellow to the Awards show.  The lad, Jesse Helt accepted Miley’s award on her behalf reading from a prepared note.
It turns out Helt’s wanted on some minor misdemeanor charges in Oregon typically associated with homeless and troubled kids.
I can’t imagine an incredibly wealthy young lady making a rescue of a potentially salvageable young man.  I hope she follows through to get him educated, productive and self-sufficient.
I also hope Miley get’s Helt a lawyer and help him get his Oregon troubles behind him.
Miley is taking a risk for sure with Helt.  He could embarrass her and actually damage her career.
On the other hand growing up as a dirt poor Chicago kid I can really appreciate Helt’s troubled life.  I was drafted for the Viet Nam war luckily avoiding combat.  Upon discharge I was a cop at 22, but I had a little luck and somehow avoided Helt’s difficulties. It was not easy!
Just because I escaped a criminal record and spent nine years as a struggling part-time college student does not mean I could not have hit the pavement hard just like Helt.
I’d rather been in some college dorm and later gotten help through medical school then being a cop and later private eye.  Or perhaps I could have musical or other show business education so I too could entertain like Miley.
It never happened to me.  Now, I’m living vicariously through Jesse Helt.  I hope he appreciates Miley’s efforts and makes her really proud.  The odds are against it but only time will tell.  This should be a dream come true for Helt.
Helt can now succeed beyond his wildest dreams and I’m truly happy to see Helt’s incredible opportunity.
As for Miley Cirus, suddenly I love her for looking out for the less fortunate people in our world and trying to make a difference.  Miley is one brave lady.  I pray for the very best of both of them.