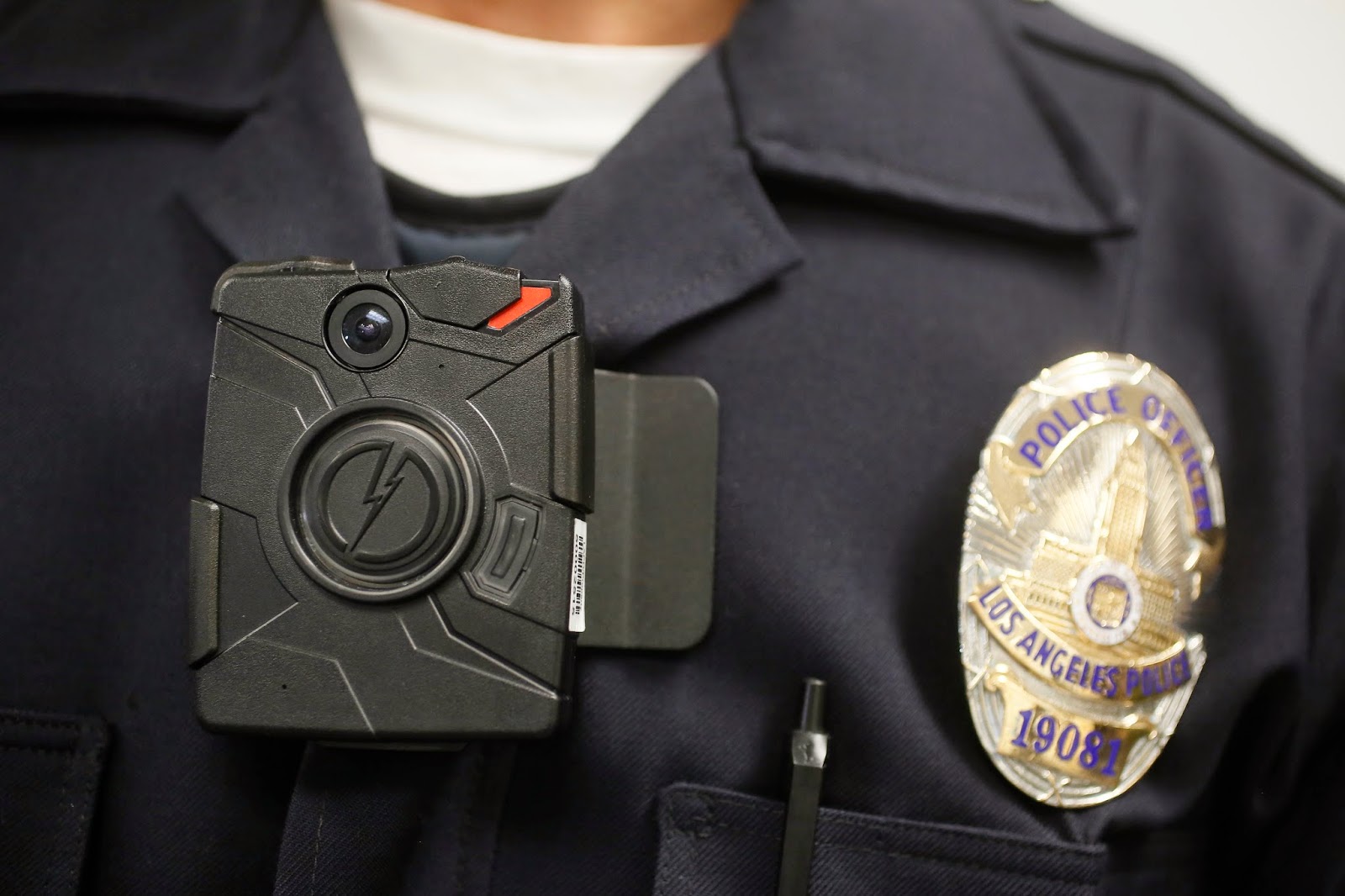 Los Angeles, CA—We’ve become the video nation.  Whether we like it or not our images are captured hundreds of times per day.  Privacy died long ago any apparently we’ve grown accustomed to the camera invasion.  The city of Los Angeles has recently taken steps to place body cameras on every patrol officer.
Cops have become a natural target for cell phone and camera-armed citizens.  Cops are always prone to getting into confrontations primarily with dysfunctional people who are just being themselves.  That kind of interaction always makes for interesting video.
The best and earliest examples of captured video of a infamous police interaction was the Rodney King case in Los Angeles two decades ago.  The video was ugly to say the least.  Cops were using batons to restrain King after a vehicle chase.  King was injured and sent to the hospital.
That unblinking and legendary video recording shot by witness George Holliday was soon delivered to the KTLA-TV newsroom.   That video proved to be the prime evidence in the case.
The video was broadcast relentlessly worldwide and evoked strong emotions from both the police haters and their supporters.  Was the action justifiable?  The cops were tried twice.  Once in state court where a jury deadlocked favoring acquittal.  They were tried again in federal court where two officers were convicted.
The video became a flashpoint that only ended after 53 lives were lost in the destructive riot following the first jury’s failure to convict the accused cops.
Videos of cops doing their jobs bring out voyeurism in the human species.  The popularity of the TV reality show, Cops seems endless.
Because of technology the media has showcased news stories with videos involving cops. Without video these stories would never see the light of day in news broadcasting or publishing effort.
NOW WE HAVE THE POLICE BODYCAM
The idea of cops wearing bodycams is ostensibly to promote accountability and to preserve the best evidence.
I know that most cops behave well and will almost always be exonerated by video.  Only a total fool would misbehave under the watchful eye of the camera.  The result here has to be an unqualified success because most people will behave accordingly.
The bodycams should deescalate police confrontations and conflicts and will result in fewer arrests and instances of violence.
People that are in physical conflict with police have no more right to privacy than cops performing their duties.  Raising privacy issues when violence erupts is pure baloney.
For the bodycam recordings to have any meaning whatsoever as evidence, any instance of force or violence should become an absolute public record.  Hiding the videos while claiming privacy issues is beyond problematic.
Congress and the various Sate Legislatures should make it absolutely clear that every instance of force or violence captured by any law enforcement operated camera is a public record.
We can count on the media to blur images of overly graphic violence electing to describe rather than display it.  However credibility and accountability dictates the public’s right to know about violent events involving official police actions.
The public should never have to guess what happened when there is taxpayer provided video equipment documenting any violent act.
There will always be those public officials that will want to control what's released to the public or not. They must be over-ruled.
Posted by Paul Huebl Crimefile News at 5/06/2015 11:01:00 AM