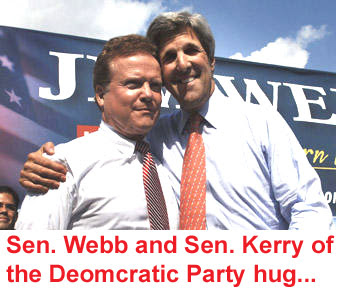 An executive assistant to Senator Jim Webb was arrested for packing a loaded by Capitol Hill Police while entering the Russell Senate Office Building. Just what was the violated law? Why none other that the one recently struck down by the Court of Appeals.

What’s beyond funny that congressmen and senators can carry guns under the rules they made for themselves. I guess our politicians should never, ever have to suffer from the same laws that they demand all other Americans must live under. The same royal rules did not help Webb’s staff member carrying the good senator’s gun for him while he parked his car.