Video Literacy Is An Absolute Must For Children 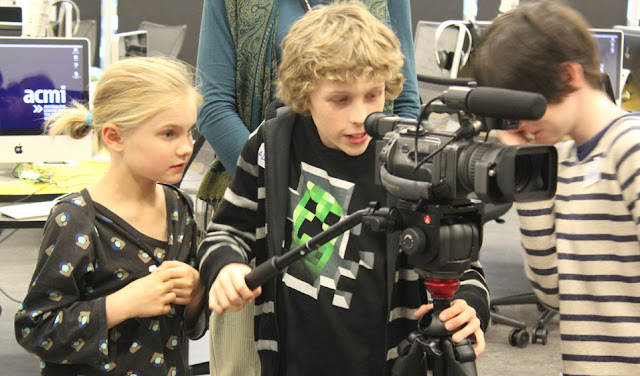 Los Angeles, CA—The future is already here and so many adults have been left in the dirt. They like all of us communicate by voice and in writing.  However technology has given all of us huge megaphones.  The Internet came and so did huge advances in video-making equipment.  While most of us were sleeping, Democracy suddenly came to mass media.

You no longer had to be rich like William Randolph Hearst who could afford huge printing presses and bought ink by the barrel to get your message out to millions.  David Sarnoff and a handful of others created the radio and television empire, RCA that morphed into NBC.   It took untold billions in equipment for RCA to broadcast moving pictures with sound to their fellow Americans.

That’s all changed now with a computer and as little as $500.00 in equipment anyone can create and broadcast watchable video on the World Wide Web.   That video is far superior to what was routinely broadcast on television 35 years ago.  Video equipment is both a lot cheaper and better than ever before.

Our children are either hunkered down texting gibberish with their smart phones or worse with those disturbing and violent video games.  Instead they could be learning the art of communicating with the world via their very own created videos.

Rather than shooting up the school and kids they have problems with using guns they could expose the crummy teachers and school bullies with clever videos.  Video making is raw empowerment and will be for as long as we have Free Speech.  Of course along with that immense power comes responsibility, which our children must eventually learn.

Soon we will find that people, who are video illiterate, are just as handicapped as those that can neither read nor write.

If you have a child, your absolute duty is to make sure he or she has the skills to read, write, tell coherent stories, photograph, edit and post watchable video.  These are simple and fun disciplines to learn and the satisfaction of creating is what we all want our children to discover.

Schools are slow to adapt to technology so you’ll have to find other sources to teach your children.

The modern camera drones are also a great way to introduce your children to the joys and empowerment of video making, editing and posting their creations on the Internet.