The Big Picture, Why Broadcast and Print News is on Life Support 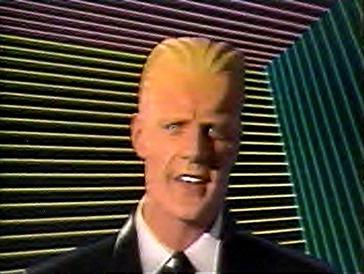 Los Angeles, CA—I’ve worked in TV news as an investigative freelancer for nearly 30 years.  I never sought nor obtained a formal journalism education but was drafted into TV news strictly for my investigative ability.  I was lucky to be given a, second to none, on the job journalism education by many gifted reporters, producers, media lawyers  and TV news consultants.

For the last 15 years I’ve watched the slow death of news, as we knew it.  News consumers have left broadcast and print news in droves. They’ve escaped to Internet bloggers and vloggers for their information.
Left behind are the folks that simply never learned computers or even smart phones.  Because they’re technophobes they’ve become a captive audience for television and print news.  Then there are the illiterate and poor.  Few of these folks are great targets for advertisers other than drug and reverse mortgage companies.
I think print is failing as society has moved away from reading or even writing to video or voice.  Its sad but simple literacy has been on the decline in America since the invention of radio and TV.
Despite vast technology changes TV news has changed little since the days of Edward R. Murrow.  A TV news anchor sits at a desk and drones on from a teleprompter.  Reporters in the field tell their stories all in identical fashion.  In this mix is nearly zero originality or creativity.  Every channel is virtually the same! To add insult they even run their segments of news, weather and sports at the same time.  Even the commercials are run in identical time slots.
Murrow has been dead for over five decades!  Since then technology and our capabilities have changed dramatically.  Still the suits running TV news are too cowardly to change with the times.
However ownership of big media has introduced massive amounts of political propaganda.  The endless talking heads claiming to be experts in government do little more than alienate 50% of the audience. Today you get a little news while the talking heads tell you who to hate!  Anymore, it’s never a case of, “We deliver and You Decide. “  It’s more about, we tell you what to think.
The lack of creativity along with the over-abundance of Leftist opinion is killing broadcast news.  The serious decline in literate Americans at the same time is destroying print news.
YouTube has really broken the mold.  They’ve somewhat democratized the process of just who is allowed to produce video content.  It’s true that most offerings are experimental crappy video made by those that don’t yet have a clue.  However some have developed both terrific video making skills and personality.   Over time they’ve learned the craft quite well.
There the Internet standouts that became millionaires like Casey Neistat. They don’t provide news, just diversions and entertainment.  Others run the gamut of the political spectrum.  Nobody seems to provide pure news anymore.
Because of serious competition TV News business must be like Barnum and Baily’s Greatest Show on Earth, or it will simply fail today.   TV news must learn from talented bloggers like Neistat who can make a creative and interesting story out of something as boring as paint drying.  Our audiences that advertisers count on are not sophisticated or particularly wise.  There is that thing called, the lowest common denominator and they need to be entertained with serious eye candy and music.
If TV news wants to survive they need the millennials.  TV news has no choice but to quickly learn from Casey Neistat and move forward.
Avoiding controversial editorial opinions is also something that can unify rather than divide and jettison your audience.
Posted by Paul Huebl Crimefile News at 1/26/2018 12:54:00 PM