My Eulogy For The Death of Actress Jennifer Lawrence. 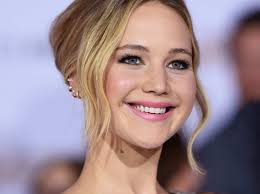 Hollywood, CA—27 year-old Jennifer Lawrence was gorgeous, seriously talented and her smile captivated millions just like me. What could possibly go wrong?
Our nation became even more divided politically as well as emotionally since the 2016 election and Hollywood overwhelmingly chose the loosing side of the Left.

Lawrence got caught up in the wild clammer and used her ample media face time to promote her raw hatred for our duly elected president and his supporters instead of promoting her work products.  Expressed hatred is never pretty.

We all have a First Amendment right to say what we please.  However people selling products run huge financial risks of offending large percentages of their customers or in this case ticket buying fans.

I was a diehard fan of Lawrence.  She captured my full attention when she appeared in, American Hustle. I meet her very briefly at a screening of that terrific film. I then watched her young career soar beyond all expectations.

Suddenly her latest film, Mother tanked at the box office.  Was it a bad film?  I don’t intend to find out.  I’ve really lost all interest in Lawrence, her talent and would even take a pass at a second chance to meet her again today.

Lawrence has suddenly announced that she would take a break from acting.  The fact is she had nothing on her film calendar for the next two years anyway.  Her agent, Tracy Brennen at CAA will lose a bundle too!

A similar hard lesson was learned by The Dixie Chicks.  They became a Liberal political force that alienated their mostly Conservative, Country Western fan base.   Their rising careers ended right then and there. Their later attempt at a “comeback tour” was yet another disaster.

Hollywood’s celebrities are quickly shedding huge portions of their fan base with their emotional and hateful political rants.  This Summer’s film box office take was at record lows.

I don’t believe in boycotts especially of any form of art and entertainment.  I have however reached my saturation point when it comes to me being disappointed by so many entertainers I once admired, appreciated and patronized with my hard earned cash.

A-List actress, Meryl Streep put herself directly in the political meat grinder during the last Oscar Awards ceremony.  However she was nearly at the end of her career and had nothing to lose compared to Lawrence.

Jennifer, you didn’t have to die so young.