No Lie Was Off Limits to the Late Sarah Brady in Her Quest to Disarm Law-Abiding Americans. 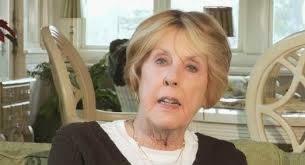 Baltimore, MD—Sarah Brady had been the face of Gun Control in America for more than three decades.  However today at age 73 she has succumbed to a bout of pneumonia.


Brady became the convenient standard bearer for the forces that hate all guns and gun rights.  This after a armed madman wounded her husband James Brady who was President Ronald Reagan’s Press Secretary during a 1981assassination attempt.
Brady led a very deceptive campaign that was intended to incrementally outlaw all firearms.  She cleverly began to change firearm adjectives and successfully demonized firearms based on simple cosmetics.
Like Brady most Americans were ignorant about guns.  She renamed all the firearms that looked somewhat scary as assault weapons.
Assault rifles were actually classic military combat weapons and were by that definition all fully automatic.  That meant one pull of the trigger could cause the weapon to fire until it was empty.
Assault weapons were really machine guns already banned by federal laws.   Machine guns were already unpopular because they extravagantly consume expensive ammunition.
What she did was redefine millions of semi-automatic rifles and pistols confusing anyone and everyone that they too were machine guns.
She succeeded to get the so-called Assault weapons ban passed into law by a single vote. The law lasted ten years and the crime rate soared anyway.
When the law expired millions of the formerly banned guns were suddenly purchased and the crime rate began to drop like a rock.
Brady always pretended she just wanted to go after the scary guns when she really wanted every last law-abiding American defenseless and helpless to criminals or government gone wrong.
Brady redundantly invented her own statistics, overstated claims of gun deaths and injuries.  She used FBI Uniform Crime Reports that lumped justifiable killings by cops and citizens as Homicides suggesting they were all murders.
She cleverly called the ATF gun trace requests as crime gun incidents.  ATF routinely traced any and all found weapons or whenever their ownership was questioned. To suggest those guns were involved with criminal events was another very bold lie.
Brady published a grading list for jurisdictions on the basis of their gun laws.  The paradox there was that the “A” list states with gun bans or draconian restrictions had the highest murder rates.  The “D” list states had few gun laws along with little or no violent crime.
Finally Brady ran out of lies and all but a few states passed laws allowing the law-abiding the right to carry concealed weapons.  Her landmark Assault Weapons Ban was allowed to expire.  Courts nearly everywhere have reasserted Constitutional Second Amendment rights.
Brady was clearly humiliated into her obvious forced retirement.  she quickly dropped out of sight.
Brady's dream was forced registration of all firearms so government agents could locate and confiscate them later with the next laws she’d hope to champion.
Brady somehow convinced politicians that pre-purchase background investigations would insure criminals and mental defectives would be unable to obtain weapons.  Another expensive failure!
Phony identification and purchasing fraud efforts routinely overcome the expensive and ineffective Brady check system.  Of course the Brady checks created every kind of obstacle for the law-abiding especially those with similar names to convicted criminals.
Nobody wants to see armed criminal and mental defectives on our streets.  They are and always will be out there.  Well-trained and armed law-abiding people are the only way control cowardly criminals.  There will never be enough cops to do this.
Sarah Brady ran a successful but deceptive scam on America that gave her a huge financial reward and sainthood among her gun rights hating disciples.
I will not mourn the loss of Sarah Brady.  I do however mourn the loss of those who were murdered because they were enjoined by unconstitutional laws to defensive weapons.
Government must stop insuring that only violent criminals are armed.

"Government must stop insuring that only violent criminals are armed."

Ah, but violent criminals LOVE to have such advantages. Government supports this because: 1. it provides a "law and order" raison d'etre for government; 2. violent criminality "made legal" is almost the definition of government, historically and today.

The first is fairly obvious once brought to mind; the second is more challenging...

Regulatory law and EOs are illegal, serious violations of the separation of powers; both give the executive branch "law" making that is flat illegal, unconstitutional. Moreover, both give crooked businesses (the biggest criminals, and the ones that always get away with it) relatively easy access to "law" that subverts a free market by, effectively or outrightly, outlawing competition.

Sarah Brady and the Mike Bloombergs and so on are tools of supranationalist (aka, criminal) banks and businesses who use the guns of government, and sometimes others, to commit their violent crimes against fellow citizens. The only question is, Do THEY know, or are they dupes? I suspect the former.

Ding-Dong! The witch is dead!

I do not recall seeing her anywhere on the usual talking-head news shows to oppose her husband's assailant being released for a series of less and less supervised visits with his relatives.

Since Newtown, civilian guns have been used over 2 million times to prevent crime.

Private citizens kill twice as many criminals than police.

If there is a here-after, Mrs. Brady will have to give account for the ocean of blood she helped create of innocent victims disarmed by the government and the Brady Act.

The qualification "law abiding Americans" It suggests that those that have been convicted of a crime in the past have no right to self defense.

Nothing could be further from the truth as by definition a right is something that can not be taken away. In fact until 1968 when someone was released from jail the cops had to give you your guns back if they had confiscated them.

Sadly, she died of natural causes. Until some of these high profile felons are tried, convicted, and EXECUTED publicly for high treason, they will keep trying and keep setting bad precedents and keep getting the best, most courageous, most ethical citizens imprisoned or killed for exercising a basic legally guaranteed right.

Do you really think she come up with all that on her own??

"She succeeded to get the so-called Assault weapons ban passed into law by a single vote. The law lasted ten years and the crime rate soared anyway.
When the law expired millions of the formerly banned guns were suddenly purchased and the crime rate began to drop like a rock."

This is not strictly speaking, true. The guns in question were not banned (and I bought a couple in this period). The AWB would more accurately be called a bayonet lug ban or a flash hider ban, because you could get the same guns without these features.

A lot of good it did these idiots to attempt a ban; the AR-15 is now the most popular rifle in America, and even liberals have the sense to get their hands on one.

I like that ordinary Americans are ornery in that way, and resist following their "betters".

Hell gathers another soul. I hope she bakes in the fires of her own fat. She did nothing but lie and spin and caused many a good person to be unable to defend themselves when the time came for them to. Sarah Brady, burn in hell.

Jim Brady and JFK were both members of the NRA as all right thinking Americans should be.

I am an NRA life member, army veteran, retired cop, college graduate, husband and father. I guess that makes me an enemy of the state.

(Sarah's) Jim Brady was never a member of the NRA. There are other Jim Bradys, including a professional dealer in automatic firearms, who were.

False. Assault RIFLES were such. Assault WEAPONS only existed in her mind.

Every time a commie dies I rejoyce

Absolutely. I've often wondered why non-violent criminals, who have paid their price to society, have to be permanently disarmed and not allowed to protect themselves. Makes no sense to me. The 1968 Gun Control Act changed all this, you're right about that.

Correction: The original "Brady Bill" was simply a "cooling off"/waiting period before a new purchaser could get his/her gun. The NRA lobbied for - and got - the background check added to the Bill before passage to avoid the wait - which the anti gunners never supported, but fought against.
Annual Knob Creek Machine-Gun shoot @ West Point, KY - all kinds. Check it out. Yes, they're privately owned and fuly automatic.

Brady and her ilk are RESPONSIBLE for many thousands of deaths and countless court cases of gun owners wrongly accused of merely carrying a weapon....which in this once free nation was done nation wide ...may she rot in hell with some of the gun control advocates before her, Hitler mao,stalin, ....imho